Here at Game Bias, we take games, as well as biases, very seriously. Not to be outdone by U.S. President Donald Trump, we also take the association between games, guns, and real-life violence very seriously, despite the fact that Trump seemingly took those things very seriously first, well before the publication of this article.

People might look to 90-second videos and scientific studies for guidance on the connection between games and guns, and that’s fine. That doesn’t mean they’re bad people or even incredibly stupid people. It just means they’re people without firsthand knowledge of how games and guns can spontaneously intersect.

Lucky lucky you, I happen to have such knowledge to share. It’s time for you to listen to me.

I did the only thing I knew that could make me feel better: I went back to the woods where I grew up to fire holes in the broken PlayStation 4 controller with my Ruger .357 revolver. Here is select documentation of that cathartic event, starting with the controller’s placement into a gap of a dead tree: 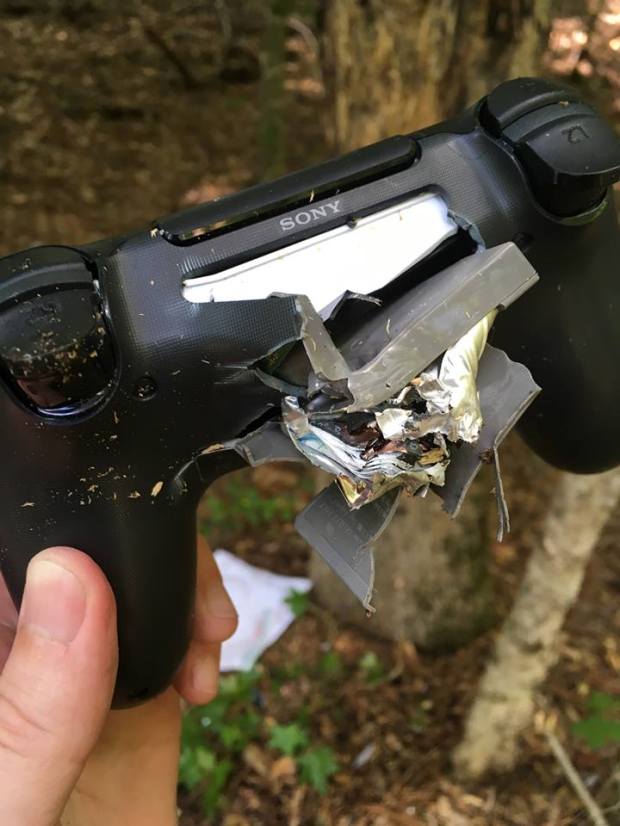 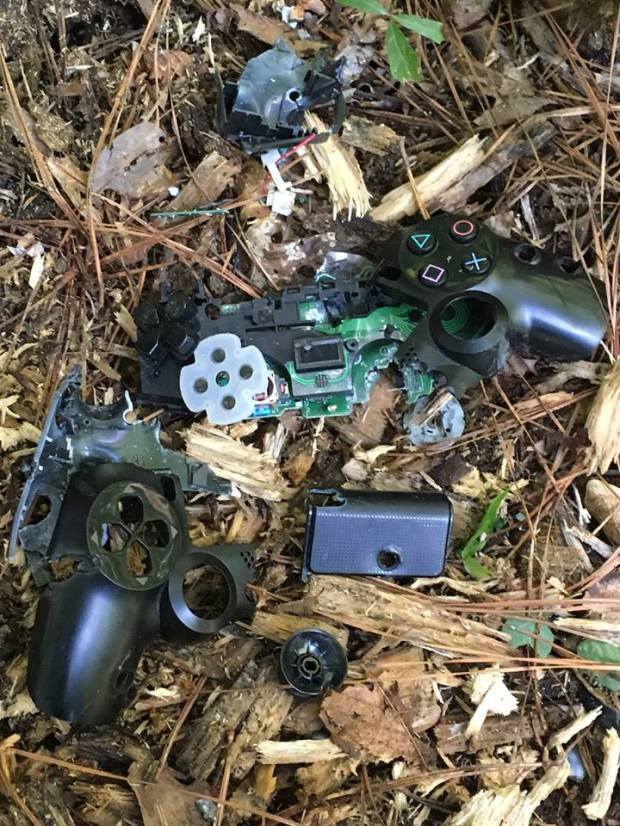 As you can see, when games and guns collide, you can have one helluva mess.